Wim Hof, The Iceman, the enigma and world record holder. How does a 60-year-old Wim perform to this level and inspire others into their greater potential? Wim Hof is mostly recognised for his cold endurance and cold immersion techniques.

With his direct no-nonsense presentation technique, as you move a little more into the world of Wim, you quickly come across his breathing techniques and bold health claims. Read on to learn how to live like Wim Hof.

Wim Hof is the refreshing personality to arise out of the mass of 20-something-year-old ‘life experts’. Wim has lived a life at both extremes and found his way at his moment at the bottom dealing with the loss of his wife. His first experience of cold therapy was in a moment of impulse whilst in a park suffering from ongoing depression after the passing of his first wife.

Wim Hof, a proud Dutchman now touching 60 years of age (Wim was born 20th April 1959 in the Netherlands) attributes his thriving health, energy and strong immune system to his unique technique. He now travels the world running workshops sharing his techniques and story. We don’t need to go to Wim’s extreme to live like Wim Hof in a practical way.

Wim has accomplished some incredible feats, from swimming almost 60 metres under an ice frozen lake, setting a world record for the fastest half marathon (21.1km) barefoot in snow and ice and ascending to 7200 metres wearing only shoes and shorts on Everest. He often takes participants on similar expedition snow climbs and plunges into icy waterfalls as part of their training in the Wim Hof Method.

Wim has a very specific breathing technique and disclaimer here, if you try out his technique it’s at your risk and certainly do not do it in a high-risk environment such as where you can fall or around water. The first step is essentially controlled hyperventilation, which without care can lead to fainting, loss of balance and so on. Be safe!

Also check the demonstration from the man himself below.

Wim may have popularised a long-standing practice of using cold therapy for health benefits, the Romans were also known for their therapeutic cold baths. Part of the thinking here is that we evolved in a world much less temperature controlled than we find ourselves in now. We likely need the stimulation of differing temperatures to balance the way we store our excess energy and how we tap into particular energy sources in the body. Has to be said the whole shock of cold sharpens the senses pretty quickly too!

Wim often goes to the extreme with ice lake and waterfall plunges or his go-to ice-filled paddling pools or wheelie bins. Read below for something a little more practical for a daily dose of cold therapy.

Practical ways to live like Wim Hof day to day

Wim has three components or philosophies to his approach; cold therapy, breathing and commitment. Commitment is the key element to achieving the benefits of Wims’ method. Making cold therapy and breathing a habit daily is key. Building a new habit in itself can lead to a number of the benefits Wim claims.

Wim’s breathing technique is pretty easy to fit into a morning routine, I and others have found it too stimulating to do ahead of sleep. Others though report it helps them sleep, so give it a try and see which works best for you and your schedule.

I’ve found a simple and effective way to bring the core of the Wim Hof cold therapy technique into an easy practical practice. The very simple approach of climbing in the shower each day.

There are three easy approaches to try:

In my own routine, methods 1 and 3 work well for me and on weekdays the cold shower is straight after a morning run, walk or cycle. I find a late-night cold shower wakes me so I use the morning routine, however as Jack Kruse points out a drop in temperature can be a key ‘time to sleep’ signal for your body. For the first technique, you have to be honest about the approach and be fully in the shower BEFORE turning the water on.

Is it difficult? Well, yes for the first week. Each cold immersion experience will probably have you either teeth gritting or holding back some expletives. Keep at it though, after that first week either because of psychological adaption or some of the physiological adaptions claimed by Wim, it becomes easy if not almost just an invigorating start to the day.

Does it work? Making no scientific claims here, however, yes after the first week or so the cold shower technique appears to create more focus and clarity in my experience. From a mindful or awareness perspective, it’s hard to not be in the experience of the shower when its ice cold. It shocks those office worries and procrastination out of your mind.

I have a more detailed article on cold showers and how it affects the mind and body.

Want to know more about how to live like Wim Hof or more about the man himself?

The breathing exercise should be done daily as a habit. To create the habit (using Wims third requirement of commitment) it’s best to set aside the same time each day. The whole exercise takes only 5-10 minutes and can be done before or after meditation if you meditate. Again to reinforce, do the breathing at your own risk in a safe environment. Check the tutorial clip from Wim above for some essential safety considerations.

For something more extreme you can try the full plunge technique 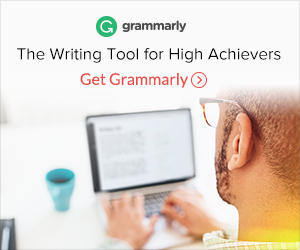